You have permission to edit this article.
Edit
Home
News
Sports
Culture
Podcasts
TPSN
Multimedia
Editorials
Classifieds
Past Issues
1 of 3 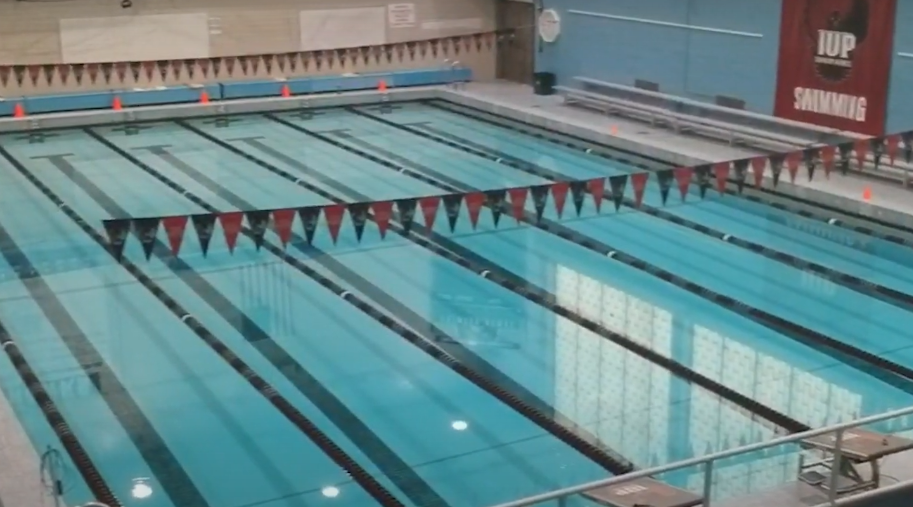 A pair of swimmers on the IUP women’s team are not striving just for national championships, but for next year’s Olympics as well.

Amber Baldani (sophomore, management), a native of Croatia, and Iliana Oikonomou (senior, sociology), of Greece, have both at some point ranked among the top five swimmers in their respected countries.

They are still new to the team after both transferred to IUP within the last year. And although their attention is on training for the upcoming PSAC season, both also have their eyes on the Olympic trials early next year.

Baldani swam for the Crimson Hawks last season when they won runner-up at the conference championships. She received top-four finishes in three events, including first in the 800-meter freestyle relay, setting a school record with a time of 7 minutes, 33 seconds. She also took second in the 200 backstroke with a time of 2:04.30, and fourth in the 100 backstroke in 57.62 seconds.

“She’s a delight,” head swimming coach Chris Villa said. “Amber is all smiles all the time.”

If she can match those efforts in the spring, she could find herself at the Olympic trials, as could a handful of IUP swimmers, according to Villa.

Villa spoke on the process both Baldani and Oikonomou will go through to compete on their respective national teams.

“Just making trials would put them between top 20, top 30 in the country in their event,” he said. “We are going to have a good contingency of swimmers, who even if COVID canceled the season and don’t get an NCAA Championship like last year, they are going to be competing for Olympic trials either in this country or their own country, which will take place during the summer.”

“Every day brings a new challenge,” Baldani said. “The most important thing is to have a clear goal and be willing to work hard for it. One of the hardest things is to stay focused when you feel tired or sad, but that’s when you have to give it even more.”

Oikonomou is new to the team this year after transferring from the University of Miami. She competed in the 50 and 100 freestyle events as well as the 100 butterfly. Oikonomou’s highlight came during the 2016-17 season, when she was part of the 400-yard freestyle relay team that set school record with a time of 3:18.69.

Although still new to the team, Villa said, “She has already said we are a lot different than the coaches down there [Miami] in a good way.”

Oikonomou was ranked fifth during the 2016-17 season in Greece, but has struggled since on the international scene. According to Villa, she does have aspirations of becoming Division II National Champion. Hopefully, a change in scenery sets her up to have the same success as before.

She did not compete last season before deciding to transfer to IUP. Come January, Oikonomou will be available to compete for the Crimson Hawks. She is continuing to practice in the meantime.

A common theme brought up speaking with Baldani and Villa was the drive and motivation to become better.

“I’m willing to put in extra work like staying after practice to stretch and do core every day,” Baldani said. “Another thing is that I have no problem with waking up at 5:15 a.m. almost every day in order to practice a bit more. I also focus on details while swimming. For example, I put a lot of effort in my underwater kicks, turns and technique.”

Luckily for Villa and the Crimson Hawks, the PSAC announced in its Nov. 19 press release that swimming will hold their conference championships. This brings excitement but what Villa calls “cautious optimism.”

“We are definitely excited, but then cautious optimism,” he said. “Yes, we are having a season, but it opens up a boatload of questions.

Baldani is excited and ready to continue her success from last season.

There has not been an announcement on when meets will start, but there is more to swimming than winning championships in the eyes of Villa.

“We are focused on individual growth, academic success and athletic success,” he said.

Corey Linsley grapples with finality of playoff loss, uncertain future as Packers clean out their lockers

'We still Billieve': Fans turn out at airport to welcome home Bills

Check out what is in the first edition of The Penn in 2021.