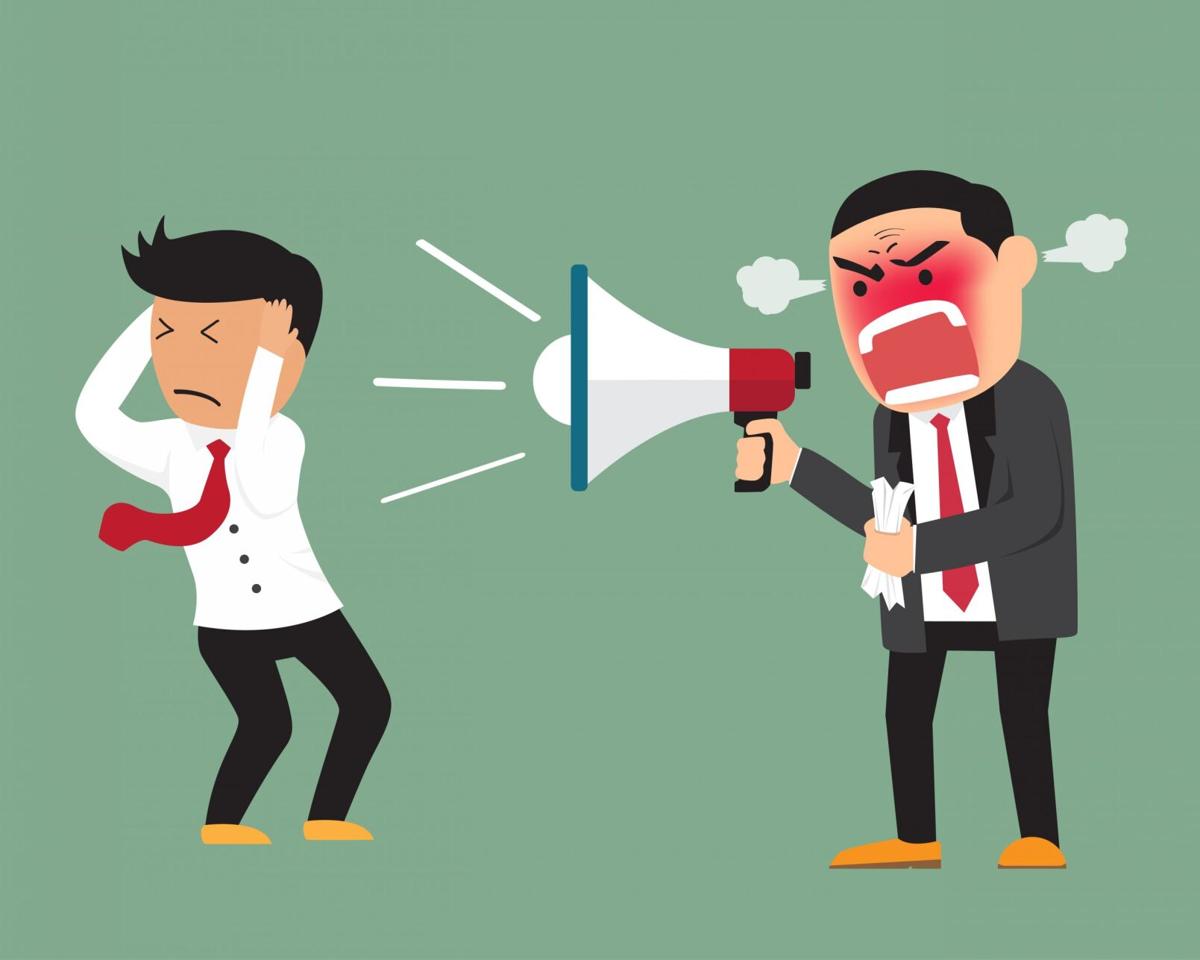 Bosses have implicit and undefined standards to maintain while at work. One being acting proactively during intense situations. 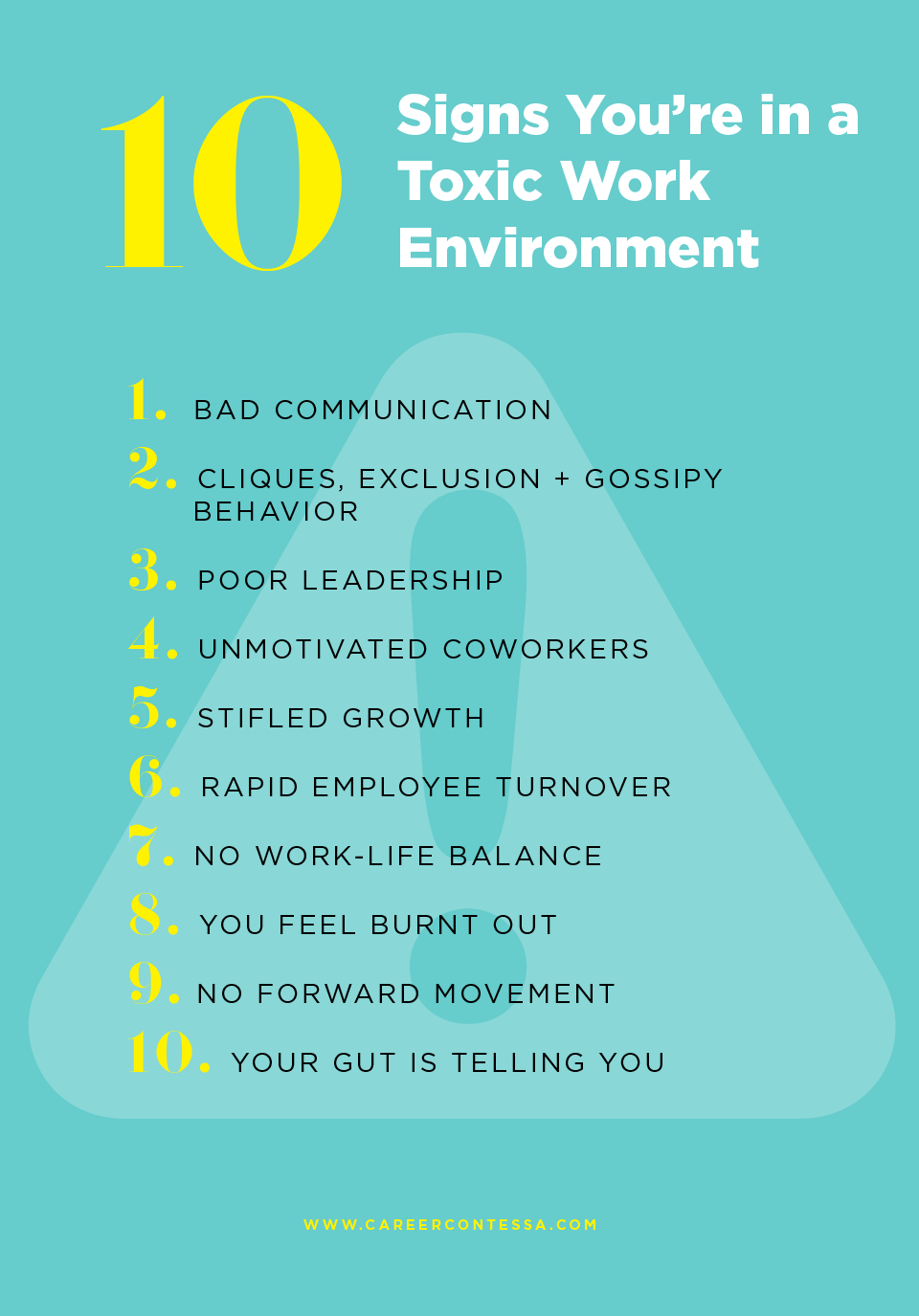 Do you feel that you may be working in an unprofessional environment? If so, check out these tips from Career Contessa on spotting a toxic work environment.

Bosses have implicit and undefined standards to maintain while at work. One being acting proactively during intense situations.

Do you feel that you may be working in an unprofessional environment? If so, check out these tips from Career Contessa on spotting a toxic work environment.

In this day and age, we are coming up in a world where so often people are quick to point the finger and place blame.

Look no further than the state of our election, some of America’s “finest leaders” are so quick to blame ballot counters and the system.

What about putting some of that blame toward the person in the mirror? Most people at one point or another have encountered a “bad” manager. If you have been in the workforce, it is almost an inevitable roadblock.

I have been on the receiving end of a few bad managers. Being in retail for five years now for multiple employers, I have seen management from the perspective of a base-level employee making minimum wage as well as a supervisor making more than minimum wage.

Why is having a bad manager such a problem? Can’t you just ignore it? In 2018, careerbuilder.com found that “58 percent of people say they trust strangers more than their own boss.” That is truly a staggering statistic.

Over half of the people surveyed have little to no trust in their boss. This comes as no surprise as I have seen many workplaces marred by poor management and seen even the best workers become apathetic and unmotivated.

So many managers and company’s find themselves short of reliable workers and wonder why. I worked for one company for an entire summer, then I returned to school. Once I came back for winter break, I had found that 85 percent of the workers I had worked with had moved on for some reason.

What could cause this? Poor management. This can come in many forms: laziness, micromanagement, apathy, and most notably, hypocrisy.

I have found that many retail middle-management type bosses work under a “do as I say, not as I do” sort of method. This could quite possibly be the worst way to manage a team.

The key to having a successful workplace first starts with being a leader rather than a manager. You need to effectively motivate your employees to be at work. That all starts with leading by example.

If an employee comes to work and is scolded by the manager for not maintaining merchandising standards, yet the manager rarely takes it upon themselves to show the employee how to do this, they begin to grow distaste toward management.

If bad habits like these continue or micromanaging everything your employees do, it will result in devastating effects on the workplace.

LinkedIn sums it up best, “A bad boss can take a good staff and destroy it, causing the best employees to flee and the remainder to lose all motivation.”

I have seen far too many workplaces lose stellar employees due to a bad manager. One quality above all that will cause a workforce to quit and sometimes even rebel is being overly critical.

If you are managing a workplace that consists of individuals making little money and having other commitments like school or other jobs, managers need to realize that this is not their only priority. While yes, they need to be giving their best effort at that job, they do not want to go home and be stressed from an optional job that they chose to have.

Once employees begin to feel undervalued or become overly stressed from their job that was only to earn some extra income, thoughts like “I don’t even need to be here” become way too common amongst the regime.

If you find your workplace missing something as a manager, and you are not getting the most out of your employees, rather than place the blame on them and talk behind their backs or blame them, perhaps try to look at alternative methods of motivation.

Most part-time employees are going to be students and older employees who are partially retired, so find ways to motivate them to want to be there. Again, this is not their only commitment, so don’t blame and make them feel inferior.

Some methods that I have personally tried as a supervisor would be to maintain a positive attitude, discipline when necessary (not too much), give praise when worthy, give individual goals to employees (this shows that you care about their individual progress), get to know them on a personal level and lead by example overall.

Having a toxic workplace will undoubtedly have a detrimental effect on sales and revenue. The process of hiring new employees is costly, time consuming and inefficient. These all could be prevented with proper management training.

Not all managers are intrinsically bad or bad people. They might not have been trained properly. Careerbuilder.com also reported that “58 percent of managers said they didn’t receive any management training.”

Retail can be determined solely on who is in charge. Leaders can take a lack of talent and coach them to success. Conversely, talented teams can be led astray by poor leadership.

If you want to get the best out of your employees, look inside and try to change your methods to see if that has an effect. Simply placing blame will solve nothing in this world.