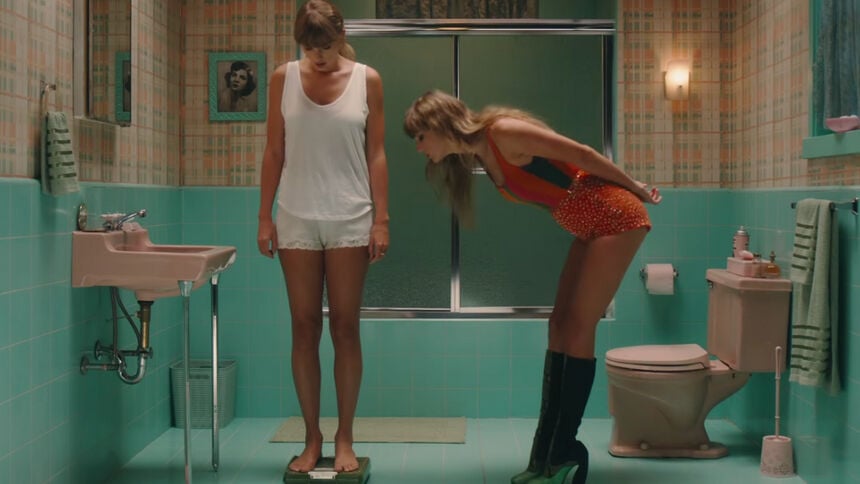 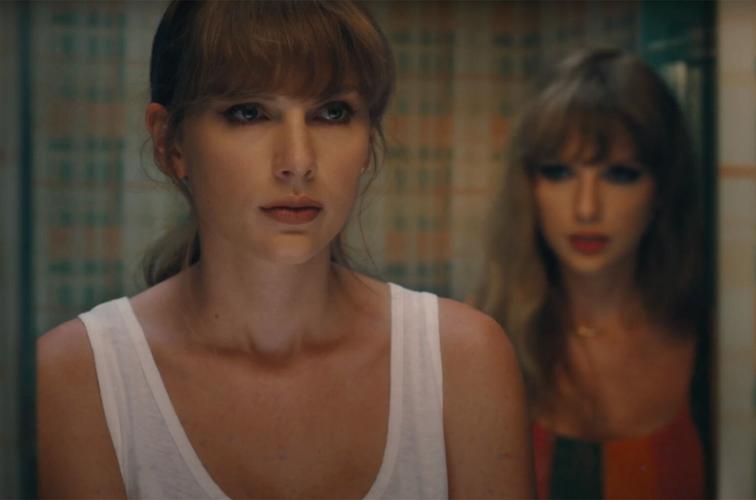 The lead single for this album is “Anti-Hero,” which was accompanied by a music video that stirred some controversy.

Though “Anti-Hero” is an upbeat bop, the lyrical content of this song is heavily focused on self-loathing.

Swift sings, “It’s me, hi, I’m the problem it’s me / At teatime, everybody agrees / I’ll stare directly at the sun, but never in the mirror / It must be exhausting always rooting for the anti-hero.”

The music video portrays many versions of Swift, some being a giant versions of herself and the other being the self-loathing voice in her head.

The scene that stirred controversy was a scene in the bathroom with Swift stepping on a scale and instead of numbers, the scale read the word “fat.” Her alter-ego stood next to Swift shaking her head at the scale and Swift with a disappointed look on her face.

As some people know, Swift dealt with an eating disorder and body dysmorphia, specifically during her “1989” era and this scene was used to portray that part of the self-loathing voice in her head.

In her 2020 Netflix documentary, “Miss Americana,” Swift gets very candid and personal about her struggles with an eating disorder.

“I’ve learned over the years, it’s not good for me to see pictures of myself every day because I have a tendency to get triggered by a picture or something… where I feel like I looked like my tummy was too big…it’ll trigger me to starve a little bit, just stop eating,” said Swift.

“If you’re thin enough, then you don’t have that ass that everybody wants. But if you have enough weight on you to have an ass, then your stomach isn’t flat enough. It’s all just impossible.”

After some uncalled for backlash, she quietly edited the “Anti-Hero”  music video by removing the shot that showed the scale saying “fat.”

For those who don’t know, body dysmorphia is defined as, “a body-image disorder characterized by persistent and intrusive preoccupations with an imagined or slight defect in one's appearance,” according to the Anxiety and Depression Association of America.

Personally, I think that that shot accurately represented what it was like for her to have an eating disorder and body dysmorphia. No matter what the scale said, her brain would never be happy with the number on it. No one gets the right to dictate what her experience was but her, so if that shot in the video was really accurate to what she dealt with, she should have been able to leave it in.

With that being said, I do think that the edited version also properly portrays that feeling of never being small enough. But, I think that the internet trolls that went after her for it completely missed the point of the whole song and invalidated her experiences with an eating disorder.

The whole song discusses depression, feeling like a monster, the use of vices and has an overall theme of self-loathing. So, it’s only right that the music video echoed the same themes.