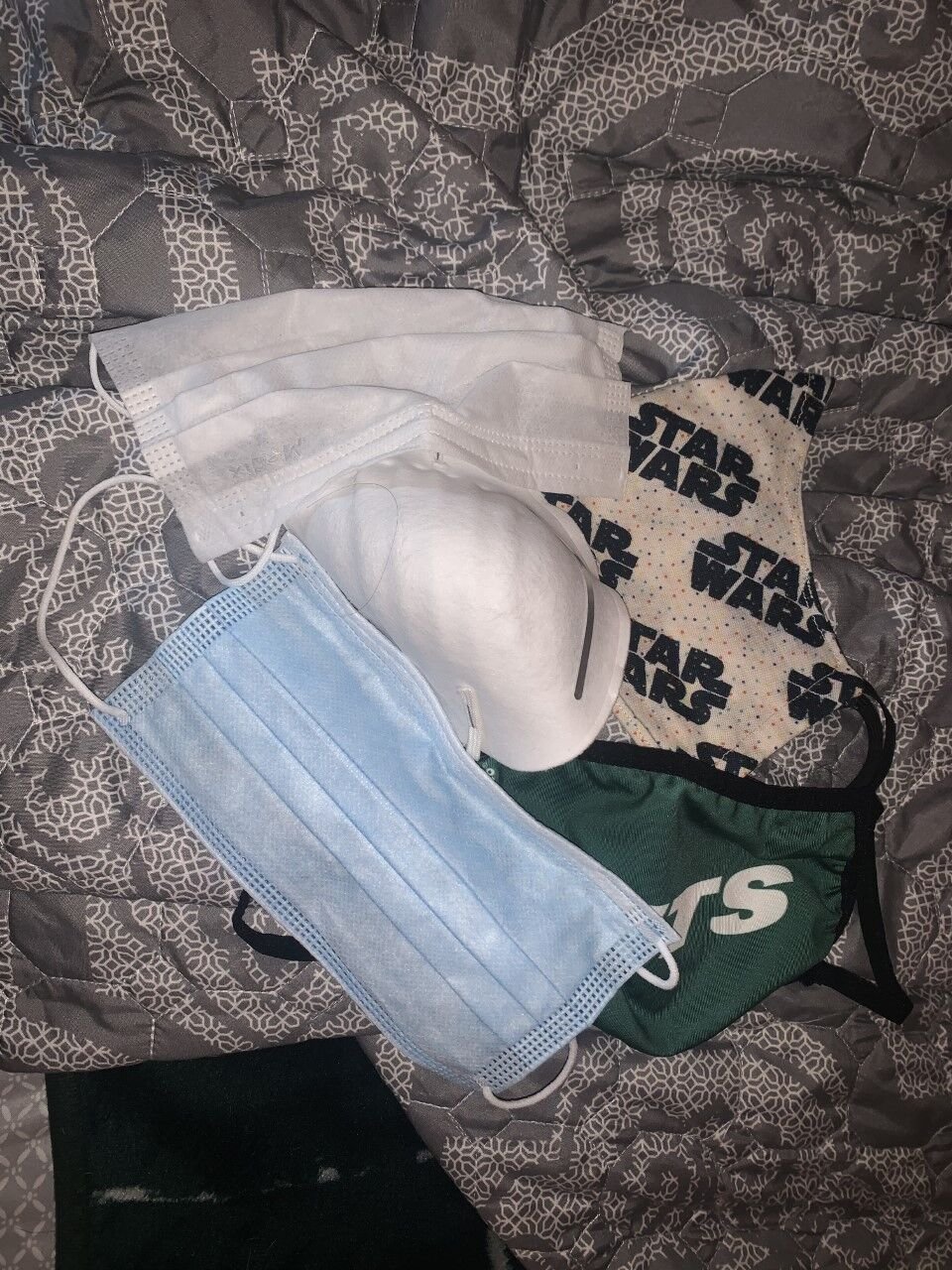 Wearing a mask is not only quick and easy, but it plays a pivotal role in staying safe from COVID-19.

The Center for Disease Control (CDC) continues to advocate for national mask mandates and usage.

Wearing a mask is not only quick and easy, but it plays a pivotal role in staying safe from COVID-19.

The Center for Disease Control (CDC) continues to advocate for national mask mandates and usage.

President Donald Trump has COVID-19. Let that sink in for a second, our country’s top position has tested positive for COVID-19.

This is a tragic time for our country and our president whether you love him or hate him. Trump now enters a list of foreign leaders and politicians including President of Brazil Jair Bolsonaro and Prime Minister of the United Kingdom Boris Johnson to test positive.

The positive test is not just a case of Trump unfortunately contracting the virus. This is a case of wearing a mask, something that many have downplayed for too long.

Many people speculate that the reason he did test positive was because of his advisor Hope Hicks. She had symptoms of COVID-19 and tested positive. It is believed that President Trump was not wearing a mask when he was in communication with Hicks, which led to his positive test.

There have been a couple events that Trump and his staff have been in the last 12 days as well. One of them has infected at least eight people in Washington. That being the supreme court nomination ceremony for Amy Coney Barrett from Sept. 26.

From a picture taken by the Associated Press, it shows an angle that shows the first five rows of this event. There was zero social distancing and five people out of 73 people wore a mask. That means seven percent of the people followed one Center for Disease Control (CDC) guideline.

Here we are now. Our president was in the hospital battling a pandemic that we still do not have a cure for and still are possibly months away from finding. He was released Monday and will continue treatment in the White House.

Some will say it is karma, but this is a virus that many would not wish their worst enemy had.

He will probably want to go back to the debate and what transpired from it when talking about the virus. Trump constantly was at odds with former Vice President Joe Biden the whole night, but now many of the news outlets are using his words against him.

"I don't wear face masks like him," Trump said. "Every time you see him he's got a mask. He could be speaking 200 feet away ... and he shows up with the biggest mask I've ever seen."

Trump also mocked Biden for holding smaller crowds at rallies saying “because no one wants to hear him speak.” This is referring to the difference between the two during the campaign trail.

There was a rally held outdoors with about 5,000 people in Freeland, Michigan Sept. 10 for Trump. There was visually zero social distancing by supporters. Biden, however, had a rally in which people had to stay in their cars in Scranton, Pennsylvania.

The reason why Biden was holding smaller rallies was because of the pandemic. He wanted to make sure that supporters at them would not become another statistic.

Trump has gone back and forth between saying people should or should not wear a mask. He has not made it mandatory for people at his events to wear one either.

Wearing a mask should not be a political thing. Why did it become political, because our president made it political. Now look at him, this is the man who has battled back and forth with the CDC against wearing a mask.

This has taught us an important lesson. If a person who routinely gets tested tests positive then why can’t you.

New information has come out about what transpired before the debate as well. Trump and his family were not tested prior to him going on the stage Sept. 29. He arrived late and would not get the results in time.

"Tonight is an example,” said President Trump. “Everyone has had a test and you've had social distancing and all of the things that you have to.”

One of the many lies said at the debate. Once again, it does not matter who you support, but this does show the gross incompetence, which has landed him in the spot he is now.

This is a big hit at the election coming up Nov. 3. Trump’s claims that he is in better shape to run the country and that Biden is too weak is now something to think about more.

Biden has so far tested negative in every test he has taken. If he remains to test negative up to the election then it will be interesting how the undecided voters react to Trump’s health.

Once again, this is a horrendous thing to happen to anyone. The reports on the health of the president have been mixed. There was little information said during the first 24 hours.

Now we wait with less than 30 days til the election. How do voters handle this news? Will Biden test positive? If so what happens?

These are questions that are circulating the minds of millions of voters. For those who say masks do not help, or say they should not wear them because they take away their freedom, here are some statistics released by the CDC.

We are 27 days away from the election. There are 12 days before registration is over. If you can vote then vote. It does not matter who you are for or against. The most important thing that we could do now is listen to the protocol, and wear your mask.

They are not for just my health, they are for yours as well. Do you want to become another statistic? Ask yourself that question the next time you decide whether or not to wear your mask.

Sean previews this week's issue. Read it all at thepenn.org.