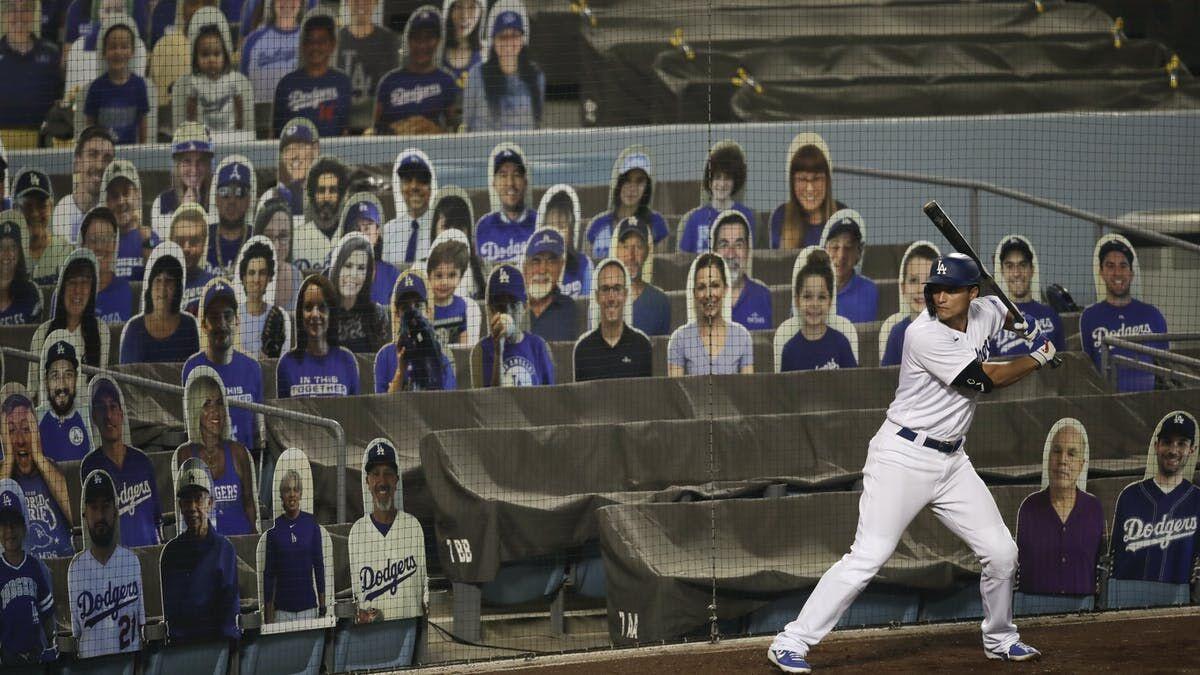 Major League Baseball teams played in front of cardboard fans this season due to the pandemic. 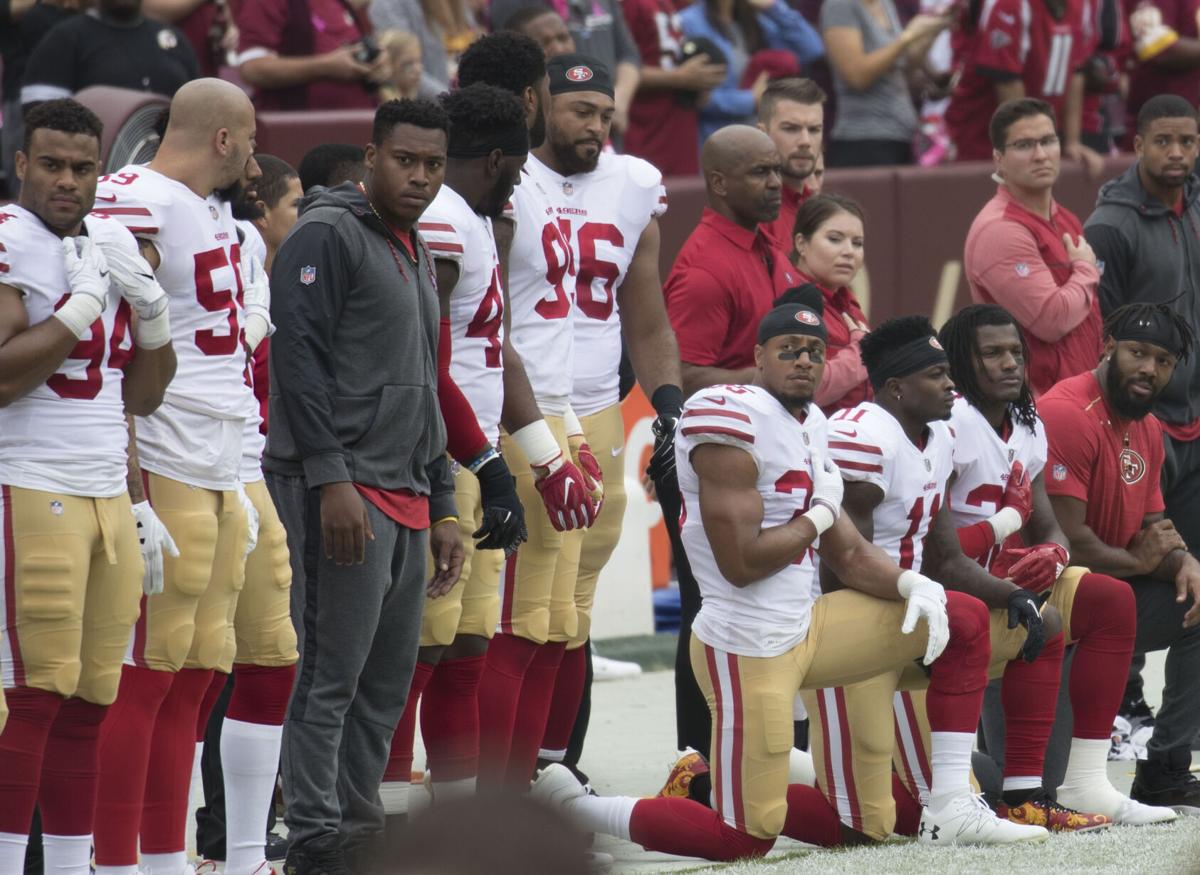 Athletes across all professional sports voiced their opinion about social injustice by kneeling during the national anthem or writing victims of police brutality on their attire.

Major League Baseball teams played in front of cardboard fans this season due to the pandemic.

Athletes across all professional sports voiced their opinion about social injustice by kneeling during the national anthem or writing victims of police brutality on their attire.

The sport’s world experienced plenty of hardship in 2020.

From COVID-19 almost dooming every major sport and teams facing backlash from fans because of political views, this has to be considered the most troubling year in sports history.

However, through all the chaos, there were some good features.

We’ll begin with the good side of sports.

Starting with the biggest note of all, the National Basketball Association (NBA) managed to resume its regular season and finish with no COVID-19 cases in the Orlando bubble. Commissioner Adam Silver, while widely criticized for allowing players to share social views on the court, developed a plan to maintain player safety while leading the resurgence of professional sports in a panic-stricken world.

According to a tweet by Front Office Sports, Silver also informed league employees that they “will receive a $1,000 bonus and four Fridays off beginning Oct. 30 as well as Thanksgiving week as a ‘thank you’ for their work this season.”

No matter how you look at the NBA this past season, it should be no doubt Silver won over sports fans everywhere for devising a secure plan that saw an exciting conclusion to the 2019-20 NBA season.

The National Hockey League (NHL) also adapted efficiently to the pandemic by introducing fans to the Stanley Cup Playoffs as soon as sports resumed.

Some may say the 24-team playoff brought the validity of qualifying teams into question, but it’s a temporary solution for the problem at hand. In addition, it gave more teams a chance to qualify for the Cup following months of inactivity.

In all honesty, it seems that the NHL gave every ounce of opportunity to worthy teams, and in the end, we were treated to a fantastic Stanley Cup Final between the Dallas Stars and Tampa Bay Lightning.

The National Football League (NFL) came in as the metaphoric final Jenga block where the future of sports would either crumble or stand strong.

While a few teams, notably the Tennessee Titans, experienced COVID complications, the season is going strong heading into week 6. In addition, fans continue to be treated by stand-out performances by rookies on all teams.

Alongside the NFL, NCAA football is finding its balance as more conferences resume activities and plan to play games with an adjusted schedule.

Major League Baseball (MLB) completed its abridged 60-game regular season and is in the League Championship Series (LCS) stage of its 2020 postseason.

MLB expanded to a 16-team playoff tree that allowed 8 teams from both the American and National Leagues to contend for a playoff spot. We saw teams like the Cincinnati Reds, Miami Marlins and Toronto  clinch playoff spots, where they normally wouldn’t smell playoff aspirations if a normal season happened.

In addition, the last place team in the league would clinch the No. 1 overall draft pick with a record that doesn’t look as bad as opposed to a normal season.

As always, when something good happens, bad things are alongside them.

MLB found itself in a pit of COVID outbreaks, criticism from fans when its 60-game season began and injuries.

Rumors circulated that MLB would cancel its season after outbreaks occurred in the Miami Marlins and Cincinnati Reds organizations, as well as rumors of outbreaks in the New York Yankees and Philadelphia Phillies organizations. Fans thought the rush for a season came at a cost of little plans to neutralize outbreaks and how to handle schedule adjustments because of them.

The next factor was the amount of injuries seen from all around the league. One of the affected clubs, the Pittsburgh Pirates, dealt with a slew of injuries that shelved a majority of its starting roster.

Because of this, the Bucs were forced to recall prospects from their alternate training site in Altoona almost every day due to the mass amount of injuries.

Other clubs also dealt with the injury bug, and the main reason for this is the lack of preparation time for the season.

Prior to July 23, players only had routine training in the early parts of March in Spring Training before operations ceased. If players had more time to prepare for the season, injuries could’ve reduced by 25 percent.

The NFL and NBA saw their issues spread to the realm of social justice.

Due to the murders of George Floyd and Breonna Taylor, stars from each league utilized these platforms to spread racism awareness and unity among all players, and while this isn’t the issue, the main problem was the revolt of fans.

Fans provided major backlash when athletes like LeBron James and Patrick Mahomes took moments either before or after games, or wore apparel spreading social justice awareness saying that professional sports are becoming more of a political platform instead of an escape from the troubled world around us.

What they fail to remember is that these athletes are humans too and they deal with the same social issues as we do on a daily basis. If anything, they’re smart for using said platforms to voice their opinions because they know they’ll be heard due to their valor.

The final issue with COVID-19 throwing a wrench into the sports world is the cancellation of IUP football. Now we don’t have the IUP and Slippery Rock rivalry this year nor do we have the Coal Bowl.

Preview what's in our Halloween issue.