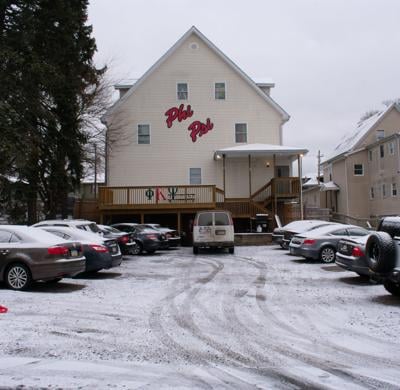 An IUP fraternity is being investigated by the university due to a hazing incident that occurred December 2019.

Phi Kappa Psi, a fraternity founded in 1852 in Indianapolis, has been threatened with suspension over an incident that occurred Dec. 10 in which the university received a video showing new members crawling or doing pushups on a floor covered with liquid, according to the Act 80 Anti-Hazing Final Report.

The video also showed a member kicking a new member on the floor and was captioned “Hell.”

No one responded as of Monday night.

This isn’t the first incident of Phi Psi being under report for hazing incidences. The earliest recorded incident at IUP was when Phi Psi was suspended in 2010 due to an off-campus brawl involving fraternity members.

Phi Psi remained quiet for a while until 2016, when the university received a tip of alleged hazing from a non-IUP student, according to the 2020 Anti-Hazing Report.

The behavior was documented on GroupMe, a messaging services for group chats. The report mentioned possession, consumption of alcohol by underage new members, verbal abuse and tasks or errands that seemed abnormal to ask of new members to complete.

The Phi Psi chapter was found responsible by the national fraternity, and it led to five members being suspended while others were sanctioned.

On Oct. 12, 2017, a report was received by IUP about the forced consumption of alcohol by underage new members, verbal and physical abuse and the forced cleaning of the frat house, according to the hazing report.

The hearing found the chapter not responsible for hazing but was sanctioned for other negative behaviors. The result was stayed suspension, in which the fraternity may operate as a fraternity on probationary terms, and alumni suspension.

The chapter has faced more than just hazing penalties. On April 29, 2017, Indiana Borough Police issued citations due to a fight between fraternity members and football players, according to The HawkEye, a community-journalism project in Indiana.

Phi Kappa Psi was founded Feb. 19, 1852, by William Henry Letterman and Charles Page Thomas Moore in Indianapolis. The fraternity consists of more than 300,000 men who are members. Most of them are lifetime members with Phi Psi.

Its motto, “United by friendship, sustained by honor, and led by truth, we live and we flourish,” ties into the fraternity’s rule of conduct, which is the “great joy of serving others.” Its colors are cardinal red and hunter green.

Currently, Phi Psi is awaiting the ruling on its disciplinary consequences yet again due to the events on Dec. 10.

Swimming inside the Dubai Aquarium

Preview what's in our Halloween issue.