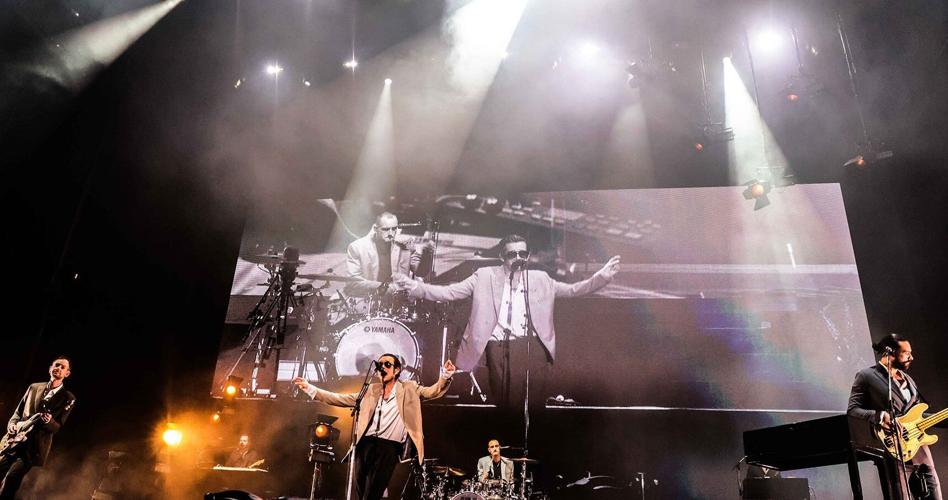 The 1975 was formed in 2002, and consists of (from left to right) lead guitarist Adam Hann, rhythm guitarist and lead vocalist Matthew "Matty" Healy, drummer George Daniel and bassist Ross MacDonald. 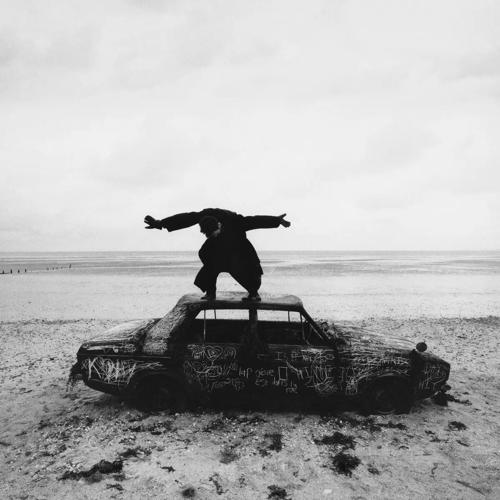 The 1975 was formed in 2002, and consists of (from left to right) lead guitarist Adam Hann, rhythm guitarist and lead vocalist Matthew "Matty" Healy, drummer George Daniel and bassist Ross MacDonald.

After a two-year hiatus, The 1975 are back with their latest music outing, “Being Funny In A Foreign Language.”

The album marks the fifth studio album from the indie rock band, after 2020’s “Notes On A Conditional Form.” While that release was not the band’s most popular album, often being overshadowed by the album that came before it, 2018’s “A Brief Inquiry Into Online Relationships,” the same cannot be said for their latest album.

“Being Funny In A Foreign Language” was released on Oct. 14, and was preceded by four singles, those being “Part Of The Band,” “Happiness,” “I’m In Love With You” and “All I Need To Hear.”

The album was co-produced by current hot-ticket producer Jack Antonoff, perhaps a contributing factor to the album’s impressive sound, which comes through despite Antonoff’s busy year with various songs for a variety of artists, as well as the entirety of Taylor Swift’s “Midnights” album.

Starting out this album, The 1975 does it the same way they have since their first album, with an opening track titled “The 1975.” This has become a tradition for the band, with every album having its own unique song with the same name.

For this album’s version, The 1975 front man Matty Healy once again showcases his impressive lyrical style. This one may be the best “The 1975,” track to date, as Healy delves into aspects of people’s lives and offers an introspective look into society as a whole.

“You’re making an aesthetic out of not doin’ well / And minin’ all the bits of you / You think you can sell whilst the fans are on.”

Next up, the band goes into one of the singles, that being “Happiness.” The song is an upbeat and fun track, kicking the energy into high gear after a slow burn start with “The 1975.” It starts off with some distant talking and horns, all while carrying a good vibe throughout the backing instrumentals.

This song, as you would expect, carries Healy’s distinct lyrical style and flow, carrying the listener on a catchy trip through imagery and references that all are combined to an effective degree.

“I’m happiest when I’m doing something I know is good / That’s happiness for me / She showed me what love is.”

After “Happiness,” the band takes a turn into some statements about the state of the world with “Looking For Somebody (To Love).” The song is, according to Healy, about school shootings from the perspective of a British person who doesn’t understand them.

The song follows in the footsteps of songs with similar themes, like Foster The People’s 2011 hit “Pumped Up Kicks,” and is another similarly upbeat sounding song that someone can dance to, despite the dark theming.

Healy perfectly conceals the messaging of the song behind the instrumentation and catchy choruses. You might not catch it on a first listen, but the more you delve into the track, the actual message does become clearer.

“A supreme gentleman with a gun in his hand / Looking for somebody to love.”

After that, the band moves into another one of the singles, that being “Part Of The Band.” According to Healy, the song originated from his passion for journalling.

Healy described that he finds the process of it incredibly interesting and valuable from a creative standpoint, citing that you can “do enough sketches next to each other, and they become one painting,” which gives some insight into his writing process for this song.”

Moving forward, we get “Oh Caroline.” The song is an overt love song, relating to an experience Healy had in his life. The song is, simply put, a banger. It is easily a danceable addition to the album, and a personal highlight of any listen.

While the lyrics may not be as complex as some of Healy’s other songs on the album, it still paints a very sweet picture of someone wanting a second chance with a partner, something a lot of people can relate to.

The instrumental is groovy, and the lyrics are catchy to the point where you can sing along in the second half on the first listen.

“Oh Caroline / I wanna get it right this time / ‘Cause you’re always on my mind / Oh Caroline.”

The song is more focused on someone admitting that they do love someone, and the process they go through to tell that person how they feel.

It is a very groovy song, another highlight from the album as a whole. The song has also become a strong fan favorite, with fans singing along to the entire piece at shows The 1975 have been doing over the last few months, especially the line “don’t fuck it, you Muppet, its not that deep.”

“I can summarize it for you / It’s simple and it goes like this / I’m in love with you.”

Next up is another single, the more mellow “All I Need To Hear.” Another pretty love song, led by a piano and soft drum pattern, the song does a good job keeping the theme, but lowering the energy to a calmer level.

While there is no sweeping catchy chorus or danceable instrumentation, the song still gives a touch of emotion, with the message being all someone needs to hear is that their partner loves them, even if it isn’t fully sincere.

“’Cause I don’t need music in my ears / I don’t need the crowds and the cheers / Oh just tell me you love me / That’s all I need to hear.”

After that we return to the energy and lyrical style that Healy is known for with “Wintering.” The instrumentation is more lively, and his lyrics are delivered in a quicker singing style.

It is a fun song to listen to, especially with the lyrics. Healy’s lyrics paint a picture of many different people and their lives, even if the person is confined to one mention in one specific lyric. He has some funny phrases and words on the song, which are a treat to hear on a first listen.

After that, the energy takes a dip again with “Human Too.” The song is slower, with the key focus being the idea that different people are all human too at the end of the day.

Healy focuses on the idea that even the worst types of people are human too, while focusing on things that he had experienced criticism for in the past.

All in all, the song proves to be emotional and introspective for Healy, maybe as a way to come to terms with parts of his past.

Next up is “About You.” The song starts with a string build up, serving as a transition from the slower feel of “Human Too.” It the builds on the strings by adding drums, bass and some distant vocal harmonies, as well as a first verse that sounds sonically similar to David Bowie’s “Heroes.”

The song is, in the words of Healy, a musical continuation of their song “Robbers,” one of the more popular songs from The 1975’s self-titled debut album from 2013.

According to Healy, the band wanted to capture the style of famous record producer Phil Spector, creating a “huge hall of reverb” that could be compared to Spector’s work on the song “Be My Baby” by The Ronettes.

“Do you think I have forgotten / About you.”

From that, we get the album’s closer, “When We Are Together.” The song is another relationship based song, with a slower groove that makes for a fitting conclusion for the album as a whole.

Healy goes into detail describing conversations and situations spent with a partner, both good and bad. The song takes the listener on a journey from looking for an apartment in New York to the duo being canceled online, but all in all coming back and recognizing how much they need each other.

The song’s lyrics are complimented perfectly by strings and a light drum pattern that set the tone for both the song and the conclusion of the album perfectly.

“The only time I feel I might get better / Is when we are together.”

All in all, The 1975 hold nothing back on “Being Funny In A Foreign Language.” Whether you are interested in Healy’s lyrical style or the sound that the band manages to capture, there is something for everyone to enjoy.

The album is a delight no matter how many times you have listened to it, and is certainly a highlight of the music releases seen throughout 2022.